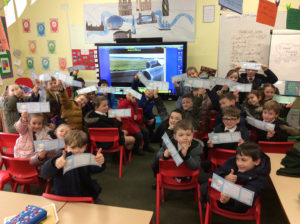 Once again Year 2 boarded the Unicorns aeroplane to their second mystery destination.

The clues that they had in order to guess where they were visiting included:

There was a loud cheer when they realised that they had landed in Greenland!

There are no upcoming events.