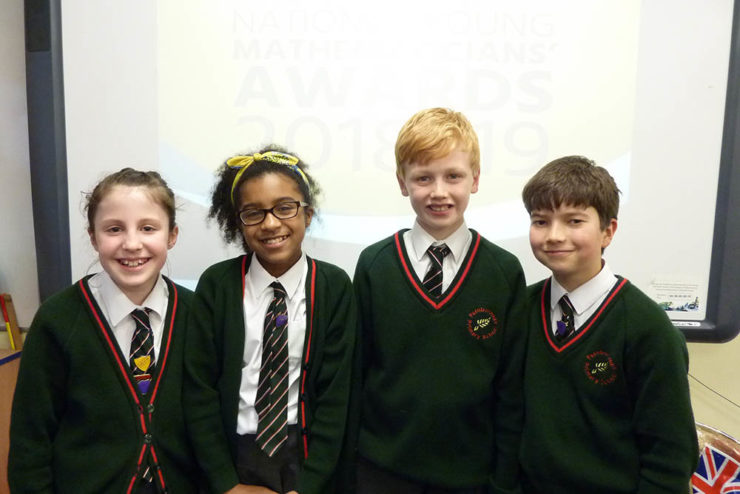 On Wednesday 7th November, four children from year 6 (Alexander, Simone, Lev and Niamh) went to the Explore Learning Centre in Orpington. The reason they went there was for the National Young Mathematician’s Awards 2018. They were given one problem with four challenges inside it. This particular problem was about die and how to position them so they had conjoining numbers e.g. three had to touch three when put together. They got through with full points for teamwork and only dropped two points for maths.

They made it into the regional finals, which was much harder and took place on the 5th of December. This challenge was about a number line which you had to fold in halves of more to add all the numbers that were opposite. For this challenge they were given two strips of paper, a whiteboard pen and lots of working out paper. They didn’t even finish the second challenge, although there were only three challenges this time. At the end of the time that they were given, they were asked to go into the office and talk to the three managers from different centres in South East London. The managers asked questions about how they worked as a team and if they found any patterns.

Over all they thought it was a very fun experience and hope to get into the next round in Cambridge University, which is chosen from the top five scoring schools in England. It would also be a pleasure to go to the finals as no school in South East London has ever made it to the finals.