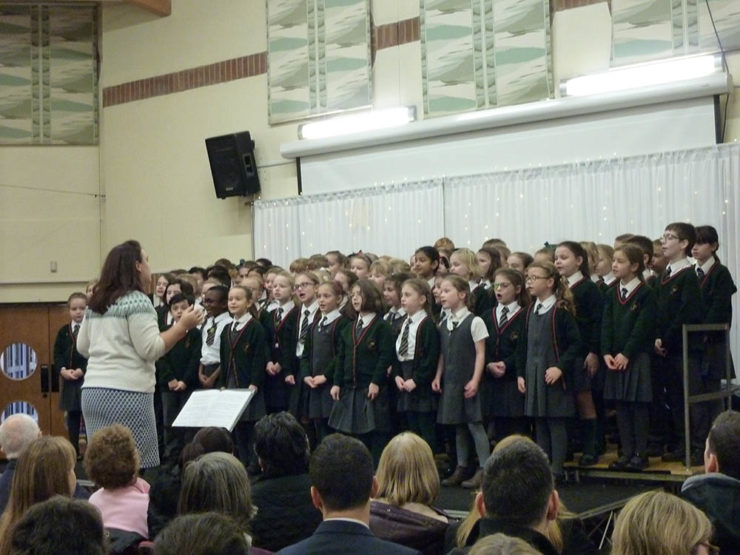 On Wednesday 5th December, the Choir had the opportunity perform to their parents and guardians the songs they had been learning this term.

The songs included a selection of Christmas songs and a couple that were just fun to sing! The Choir performed in the School Hall and had the chance to perform on the stage where their voices projected loud and clear all around the Hall. The Choir consisted of Year 3 (who had joined in September) all the way through to Year 6. For some of the songs the choir would have to split into separate groups, so before the concert started everyone made sure they were on the right side before the show had started. Once all the children were in place, the concert began.

The Choir started with the songs which they first learnt which went down a storm with the parents. Next the Choir changed to a more Christmas mood and begun to sing the festive songs e.g. nothing like a smile at Christmas, candy cane disaster and sorry Santa clause. As the show came to an end the parents decided to stay to hear the choir sing one last song; Candy Cane Disaster. After the last song, the parents said goodbye to their children and the children went back to their classrooms and the concert had finished thanks to the choir’s amazing teacher, Miss Seaney, who conducted the choir all the way through.